We are pleased to offer this fine property on behalf of the owner.
This report is a short resume of this very diverse property. The owner has made excellent use of the potential and is a dynamic manager. The potential has not nearly been fully tapped.

District Tsumeb
Registration Division “B”
Approximately 1,000 hectares of which about 200-250 hectares is irrigable and serviced with underground pipes for a 14-hectare pivot irrigation.
Access excellent: surfaced main road right up to farm gate from Tsumeb
Privately owned
A Certificate of Waiver is available.

1. Buildings
The heart of the infrastructure is a semi-completed feed-pill factory. The old farmstead houses workers. There is a 3-phase Cenored electricity terminal. This drives the submersible pumps and the 14-hectare pivot irrigation.

2. Land Use Division
The property divided into two sections: about 200-250 hectares irrigable land with deep rich red soil and about 700 hectares of hilly land. These two are separated by fences, the hills used for stock farming and the plains for cultivation by dry land or by irrigation.
Hills
The hills are very accessible for livestock and have excellent grazing, browsing and shade and seed pods from trees. There are several kraals and one manga. Also is there a large cattle feedlot and drinking points and camps.

3. Irrigation and Dry land Cultivation
The irrigation is done by a 14-hectare pivot irrigation system. This is fed with water directly from the borehole. Liquid fertilization is fed into the pipelines when needed. Dry Land cultivation is done on most of the irrigable land not occupied by the pivot irrigation. Crops grown could be maize, sorghum, lucerne, buffalo grass and others. The crop yields will depend on fertilizer input, correct choice of cultivar and rainfall.
Seasons
Rainfall is very dependable indeed. The annual rainfall varies between 400 and 600mm. Most of the rain falls between November and March. Winters can have light frost and the Summer temperatures vary from 18-36° Centigrade.

4. Water
The water is very strong and sweet indeed. There are two boreholes, and have a combined yield of well over 50m³/H.

1. General
This is high-potential country that offers exiting possibilities with hands-on management. This farm is an economically viable unit that gives excellent returns. Whatever is not irrigated can be put under dry land cultivation. In conjunction with cultivation, livestock production has given handsome return, especially with the existing feedlot at hand.
Tourism, piggery etc. have not been touched yet.
2. Carrying capacity
The official grazing capacity is 1:8, meaning one LSU per eight hectares, meaning 125 head of cattle from natural grazing alone. However, with being able to feed stover or hay from own lands, this number can be doubled to 250 or more head of cattle. Currently the viability of a piggery is under due diligence. The aim is to supply the local market at competitive prices. Breeding of high value game is a definite option here.
3. Intensive agriculture
Currently the main income is maize. On a nearby potato farm, the following calculations were made for potatoes:
Reckoning a median-case scenario of 48000kg and a price of N$55-00 per 10kg pocket of potatoes the gross earnings of 4800 pockets would be N$264,000-00 per hectare.
◊ This would give on ten hectares give an annual turnover of over N$2,640,000-00 from potatoes alone.
◊ Crop Rotation: potatoes have to be rotated every four – five years, meaning that about 10-15 hectares can be put to potato every year. Should other crops like sorghum be planted in rotation the entire 64 hectares can be used in one season
4. Value adding
There is a huge possibility of tapping into the huge cash market of one’s own produce right at one’s doorstep. The whole area supplies a cash market of over two million people, besides potatoes, cabbage, onion, butternut, and tomatoes are very popular vegetable types with the first four having a long shelf life.
Production of porkers: Livestock speculation and putting the products through the own piggery.
The climate and soil are also perfectly suited to produce pecan- and macadamias nuts.
5. Game breeding
For this venture only a small area is needed, and this property would be well suited to create small camps for the raising of high value game such as sable, roan, black faced impala, waterbuck etc.

N$ 11,000,000.00 as is including commission, excluding any possible VAT and ancillary costs associated with a purchase.

General
The property is sold as a going concern. The asking price presents excellent value for money.

FARM FOR SALE: GROOTFONTEIN DISTRICT Without Prejudice I am privileged to offer this exceptional property on the open market. The entire operation is very well designed and geared for low maintenance with a minimum of effort. The farm is multi-functional. It is suitable for cattle and small stock production, game farming and irrigation. General Improvements […] 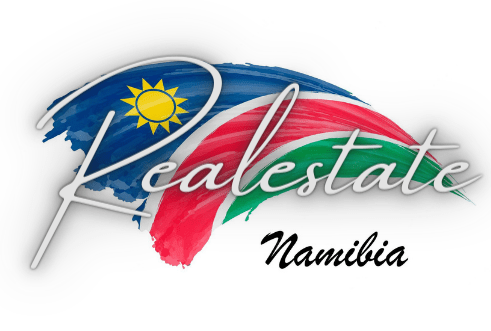 Want to JOIN us as an